I am a dad, an engineer, Canadian and also Swiss since 2018.

Having grown up in a rural area with farmers, I wanted to find a way to get closer to agriculture again. In 2015, we decided to get into the business of maple sugaring and purchased the “Erablière des Aigles” a year later, a sugarbush in the Canadian province of Quebec.

The original idea was for me to keep working as an engineer and manage the farm from Switzerland with the help of my parents on the farm. It was however soon clear that it was not possible to combine both jobs with the workload on the farm and the interest that people in Switzerland had. So, in 2018 we decided that I would focus entirely on the maple syrup business, in Canada and in Switzerland. This is when MapleSugar.ch was launched. 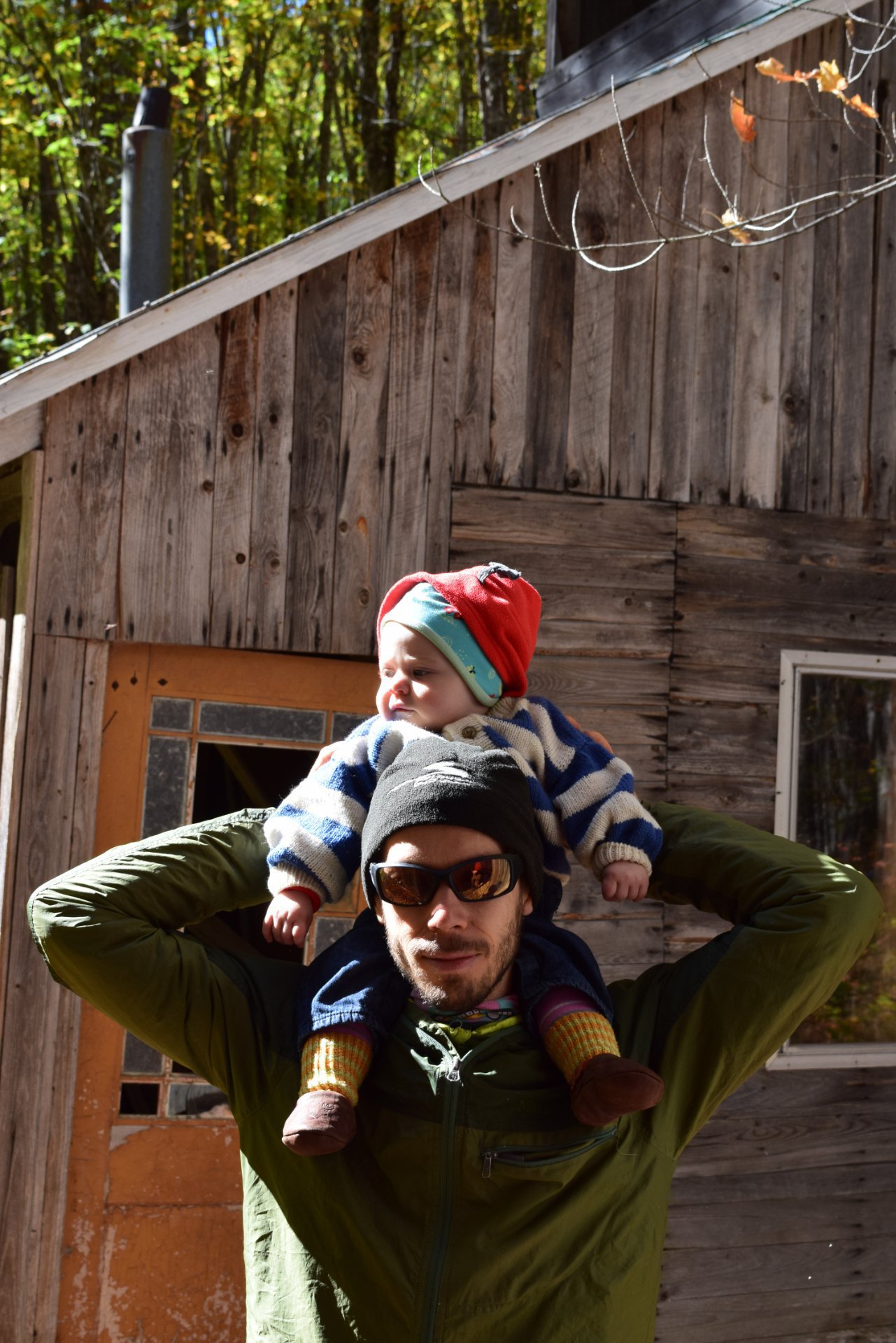 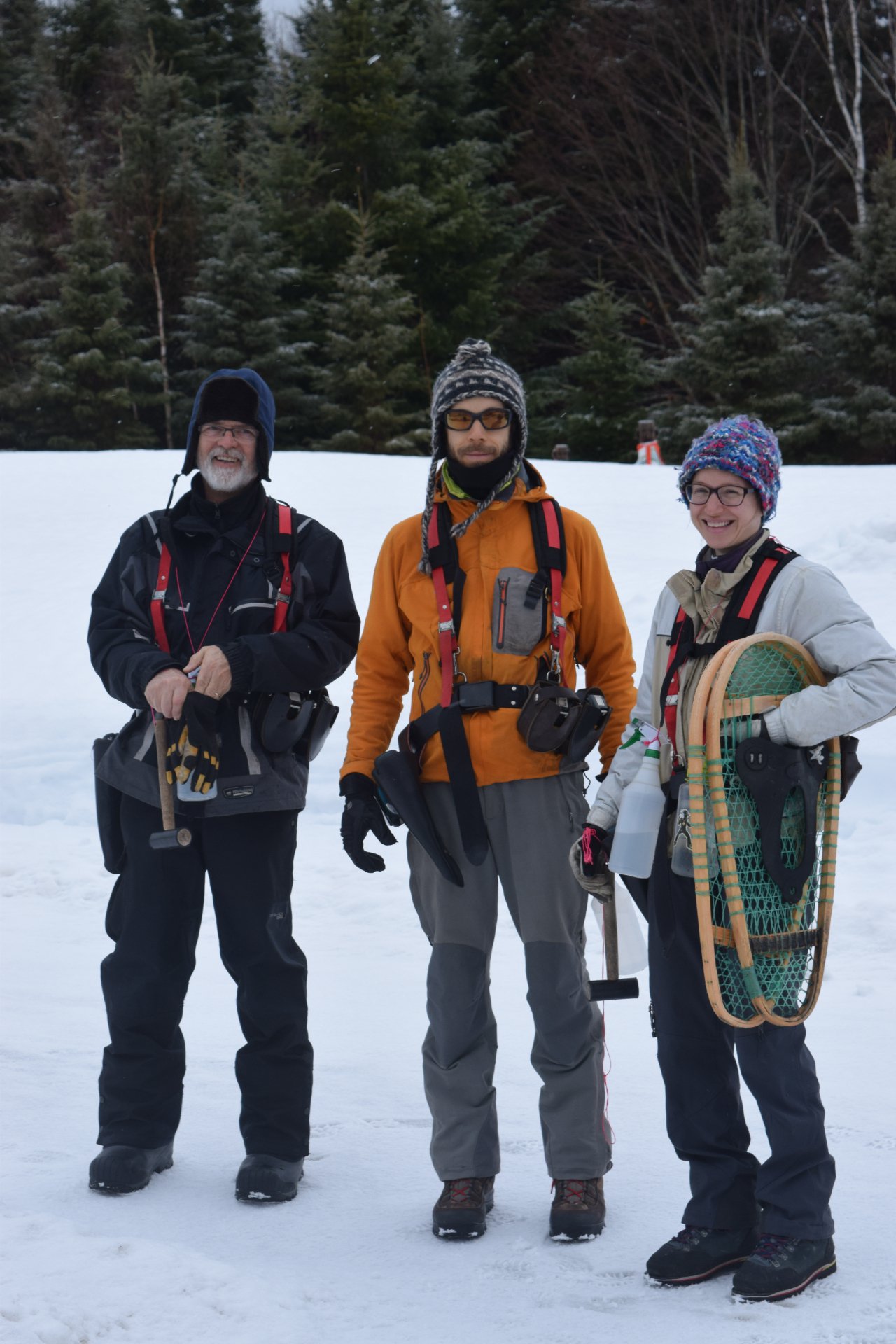 How maple sirup is made

The maple water harvest and the production of maple syrup occur in the spring, mostly in april for our region (Bas St-Laurent). However, the work of the maple syrup producers is almost continuous throughout the year. Here, we show you the various activities that need to be done during each season. 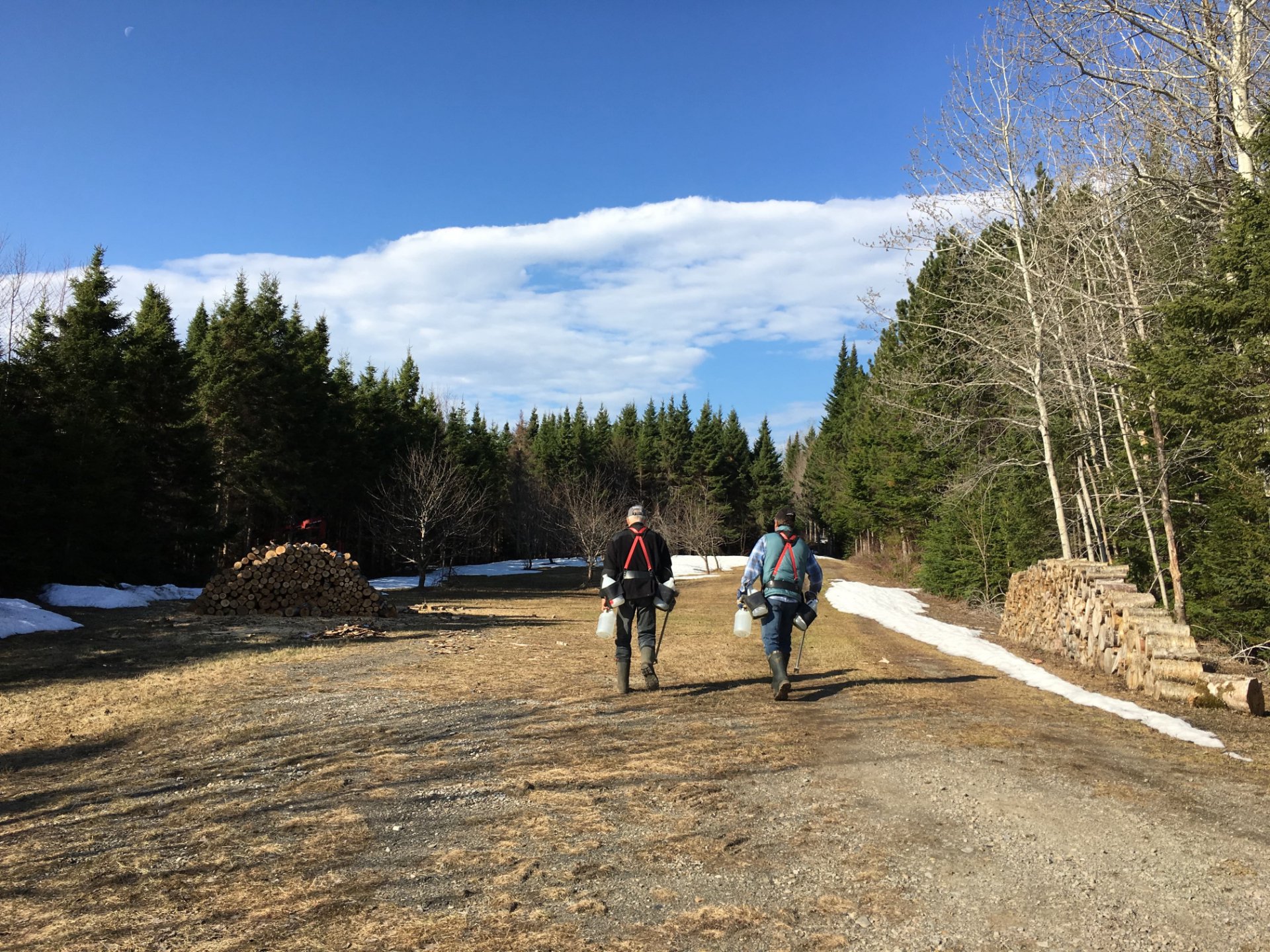 August to November – working in the forest

In order to ease the workload during harvest, to prevent breakdowns and damages caused by falling branches and trees, maple syrup producers must maintain the forest and the equipment used for maple sugaring throughout the year. Clearing the bush, cutting trees and maintaining the pipeline network are the main activities. 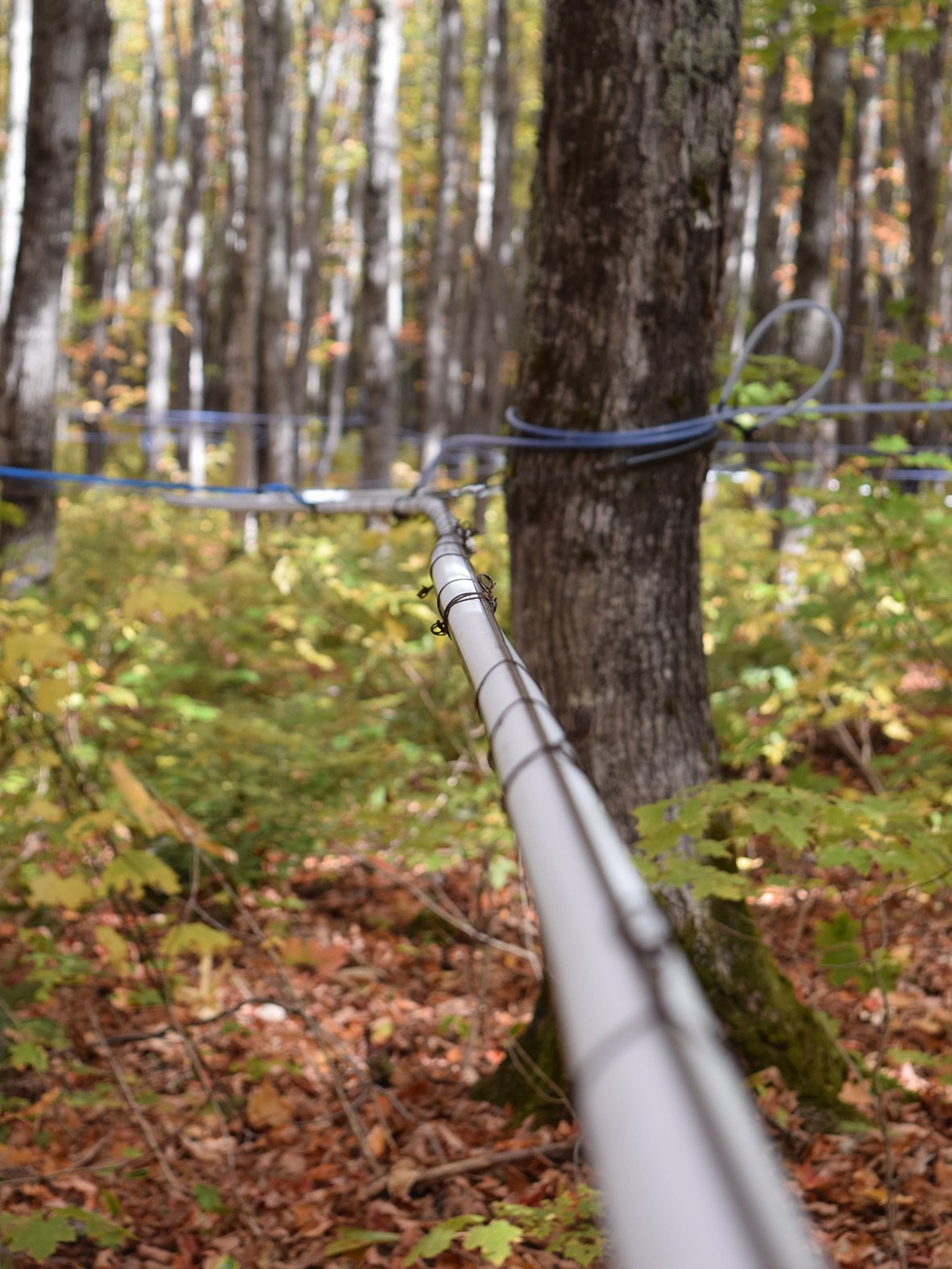 This period is critical because being well prepared is key to a successful harvest. The main activity is tapping the trees. This entails drilling a hole in the maple with a diameter between 6 and 8 mm and a depth of 40 mm, in which a plastic tap is inserted to collect the water. We have approximately 25’000 holes to drill which takes more than 500 hours of work. Since tapping is done in the middle of winter, we have to walk through the forest using snow shoes in conditions that are often difficult (cold, windy, deep snow, steep terrain, etc.). 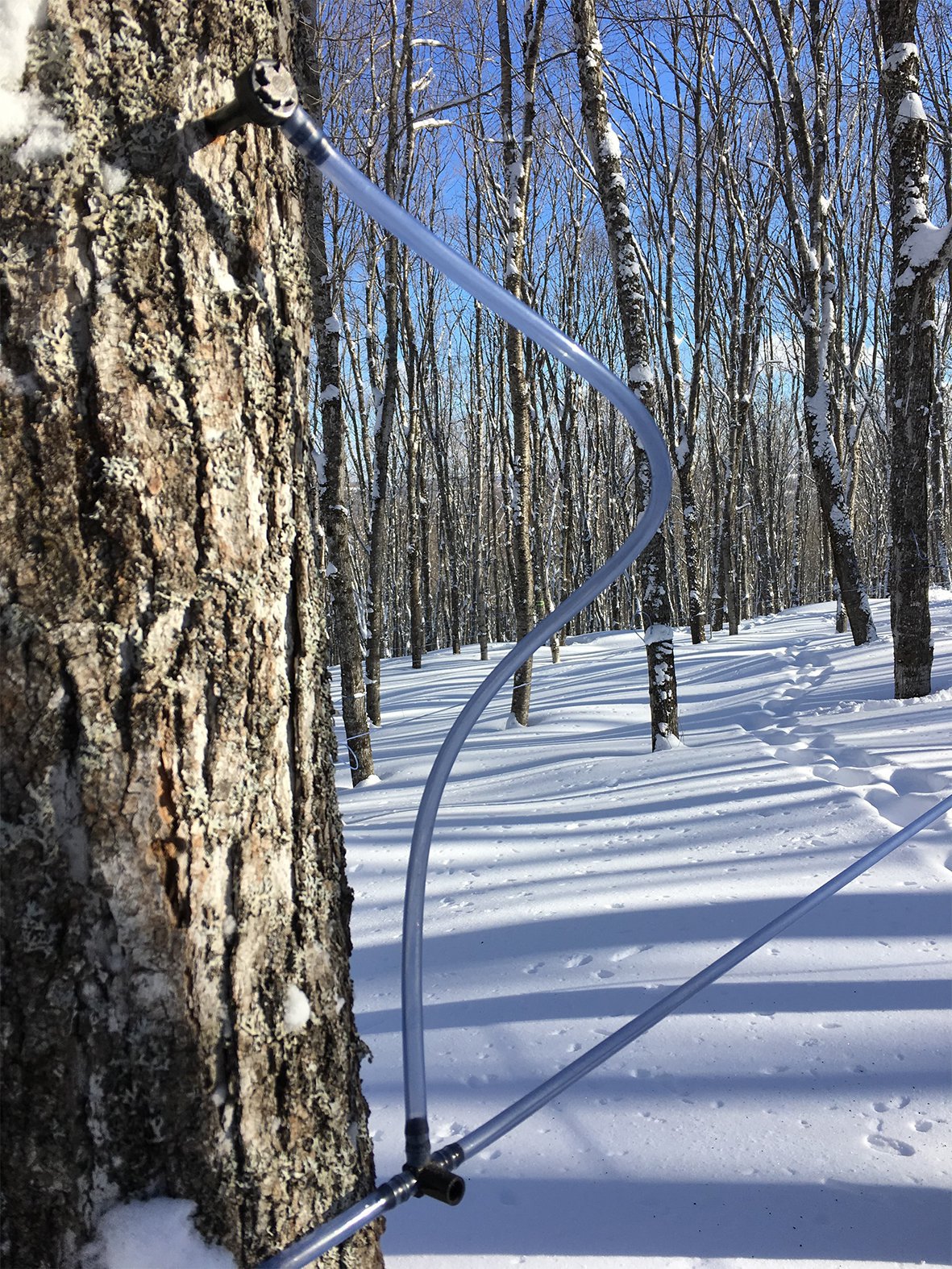 The flow of maple water is a natural phenomenon that occurs every spring when the daytime and nighttime temperatures vary from below to above freezing (ideally between -7°C and 7°C). The maple water is collected with a large network of pipelines which channel it to the cabin. At first, the water is stored in large reservoirs before transformation into maple syrup begins. Depending on the region and the weather, between 36 and 40 liters of maple water are needed to produce 1 liter of maple syrup. At our maple syrup farm, we collect between 1 and 1.2 million liters of maple water each spring over a period of 5 weeks. 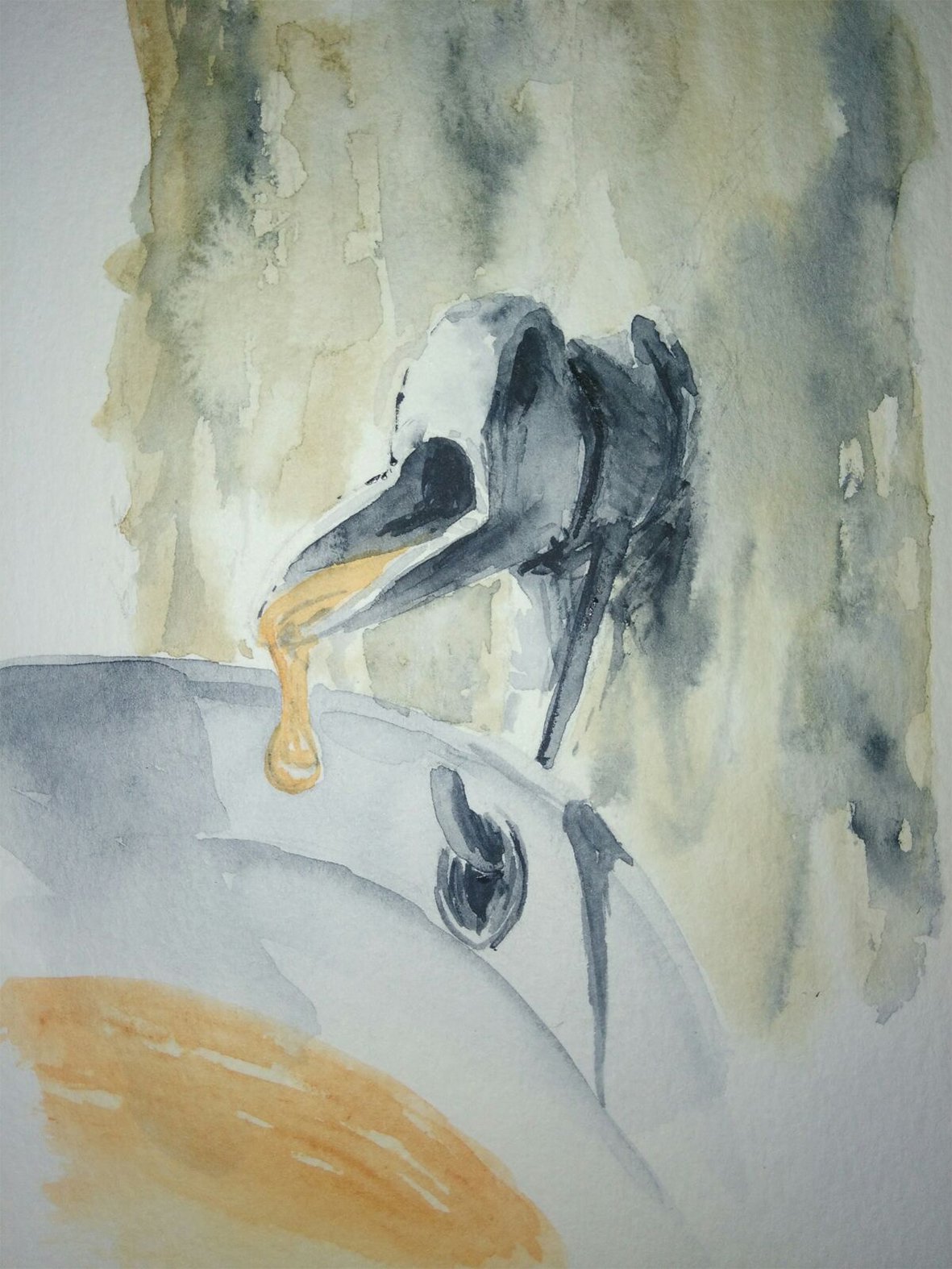 The amount of sugar (or its density, measured in Brix, °B) of maple water varies depending on the period and the region. In our case it usually varies between 1.5 and 3 °B. In order to improve the efficiency of the evaporation process that is needed to make maple syrup, maple water is first passed through an inverse osmosis system, which removes large quantities of water and increases the sugar density to 15-20 °B.

The next step is the process of evaporation. This will further increase the concentration of sugar and bring out the unique taste of maple syrup. Although it would be possible to quickly concentrate the syrup to the desired sugar density, it is important not to rush and to simmer it for a long time in order to fully develop the maple flavor. 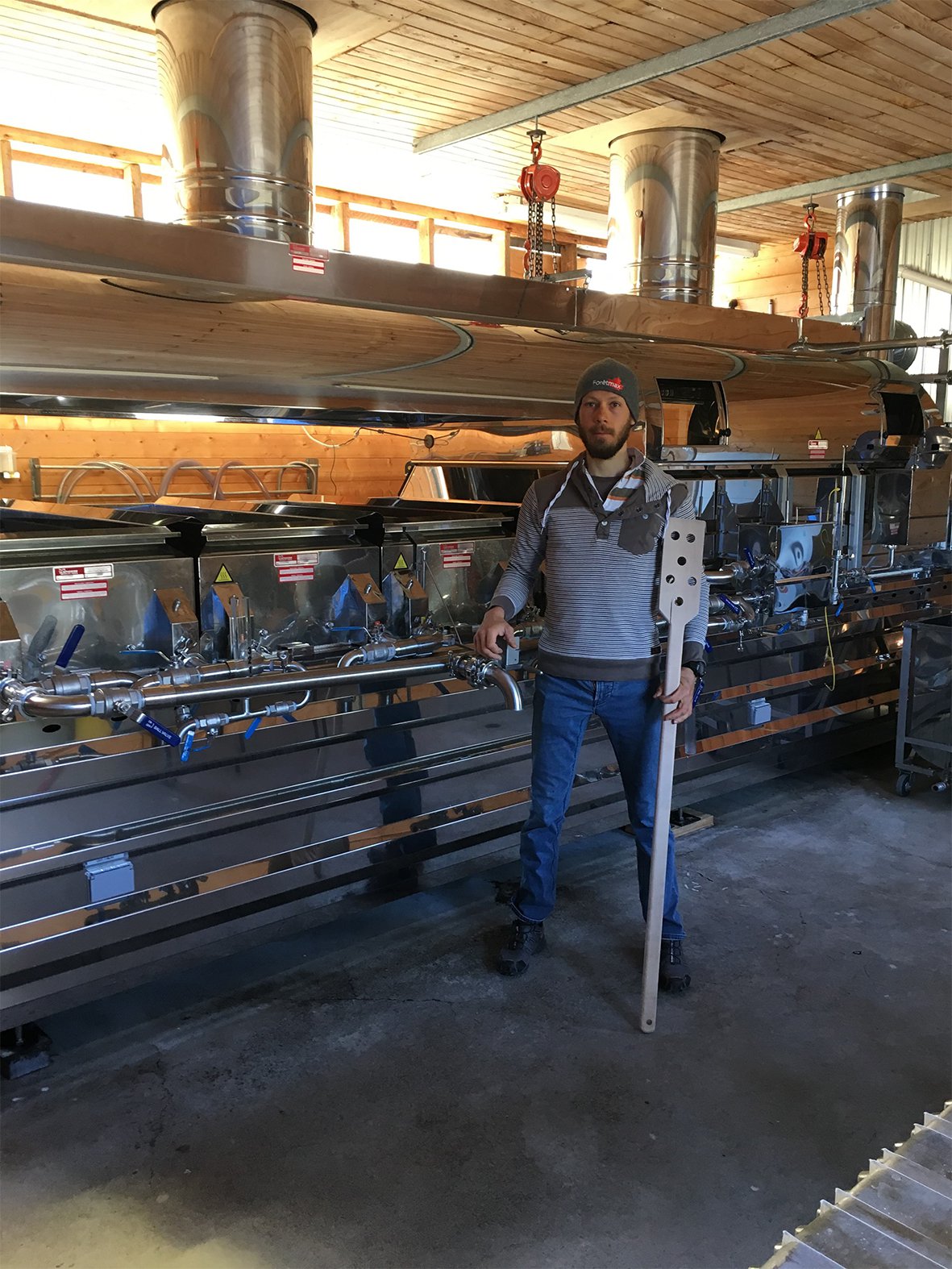 When the syrup is finally ready, it is first slowly poured into a large reservoir before being passed through a multiple stage filter under pressure. This ensures a high degree of purity of the maple syrup and gives it its typical translucent appearance.

It is at the end of this last step that we take a sample of each batch produced. With these samples, the sugar concentration and the luminosity of each batch is measured and recorded. We of course also test them to select the best batches that will then be bottled and shipped to Switzerland. 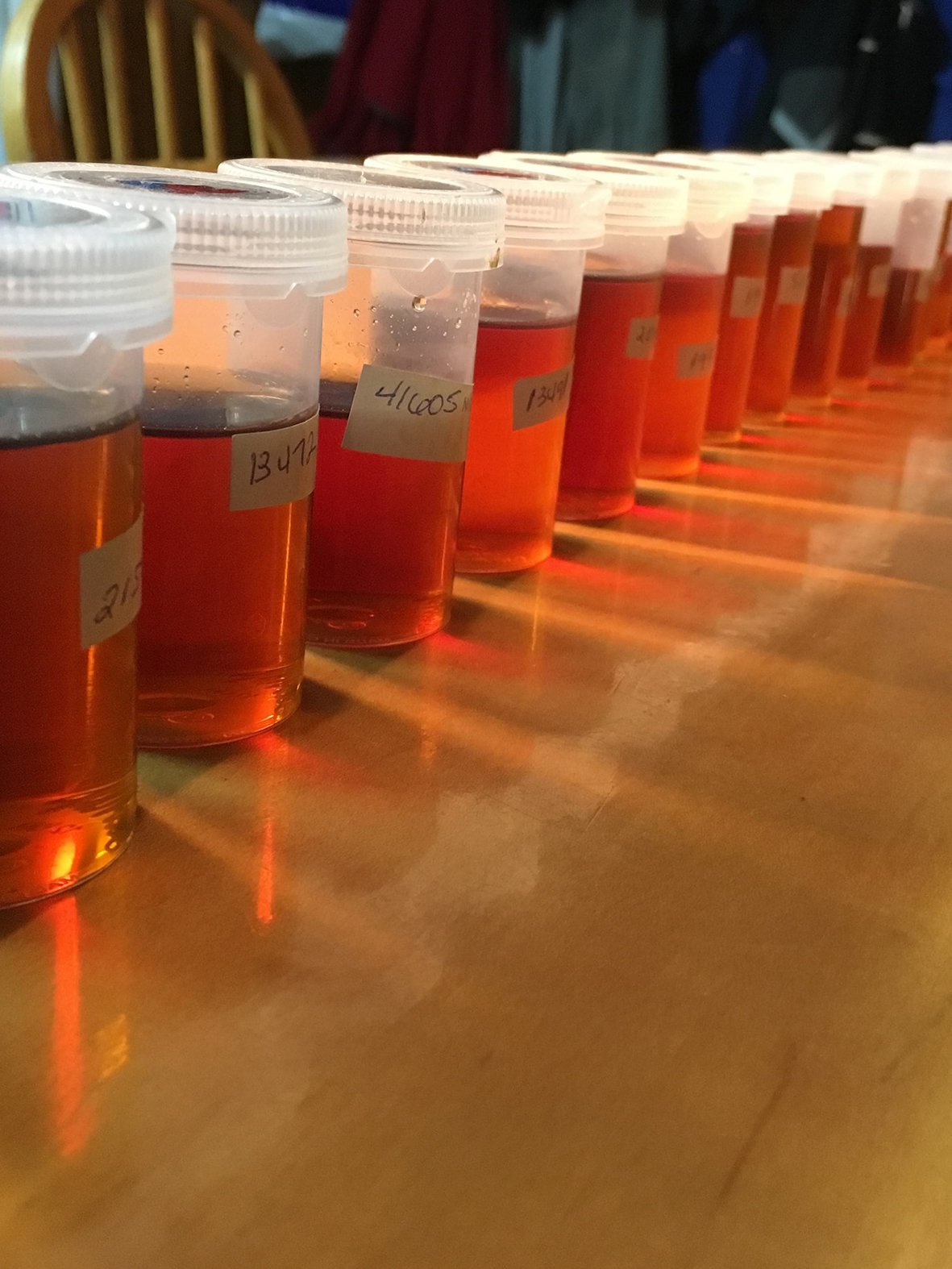 May – untapping and cleaning

Once the sugar season is over, all of the taps need to be removed carefully from the trees to ensure a quick and smooth healing process. At the same time, all the equipment and the pipeline network need to be thoroughly cleaned. To prevent the growth of bacteria in the pipeline network during the summer, the entire network is flooded with organic alcohol (70%). 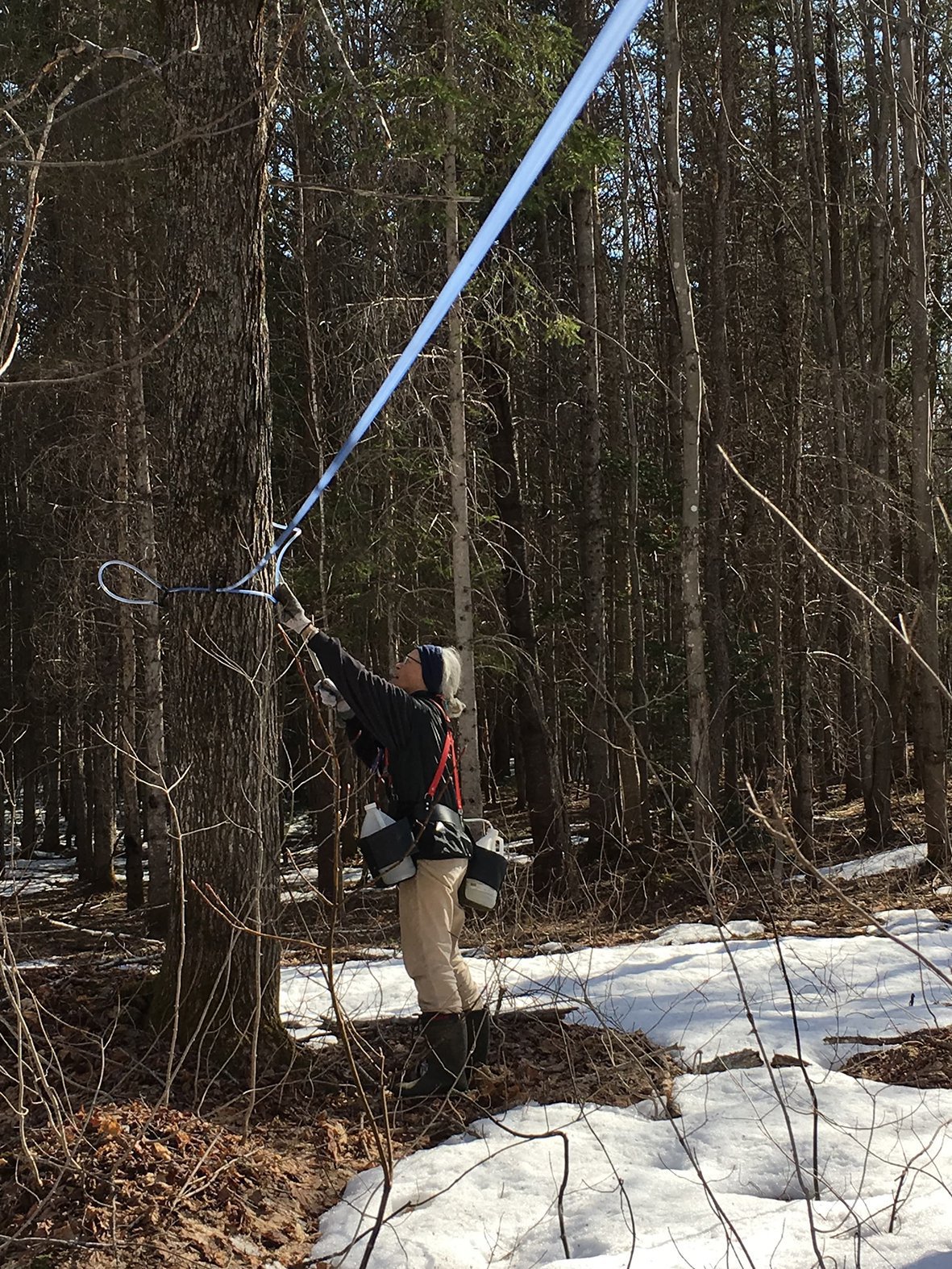 At the end of the "maple sugaring" period, it is finally time to get some rest and make up for missed sleep! This period of rest is also somewhat forced since working in the woods during the warm summer months is very difficult not only due to the heat and humidity, but also the numerous black flies… Some (ambitious) maple syrup farmers however use this time to transform maple syrup into delicious products. 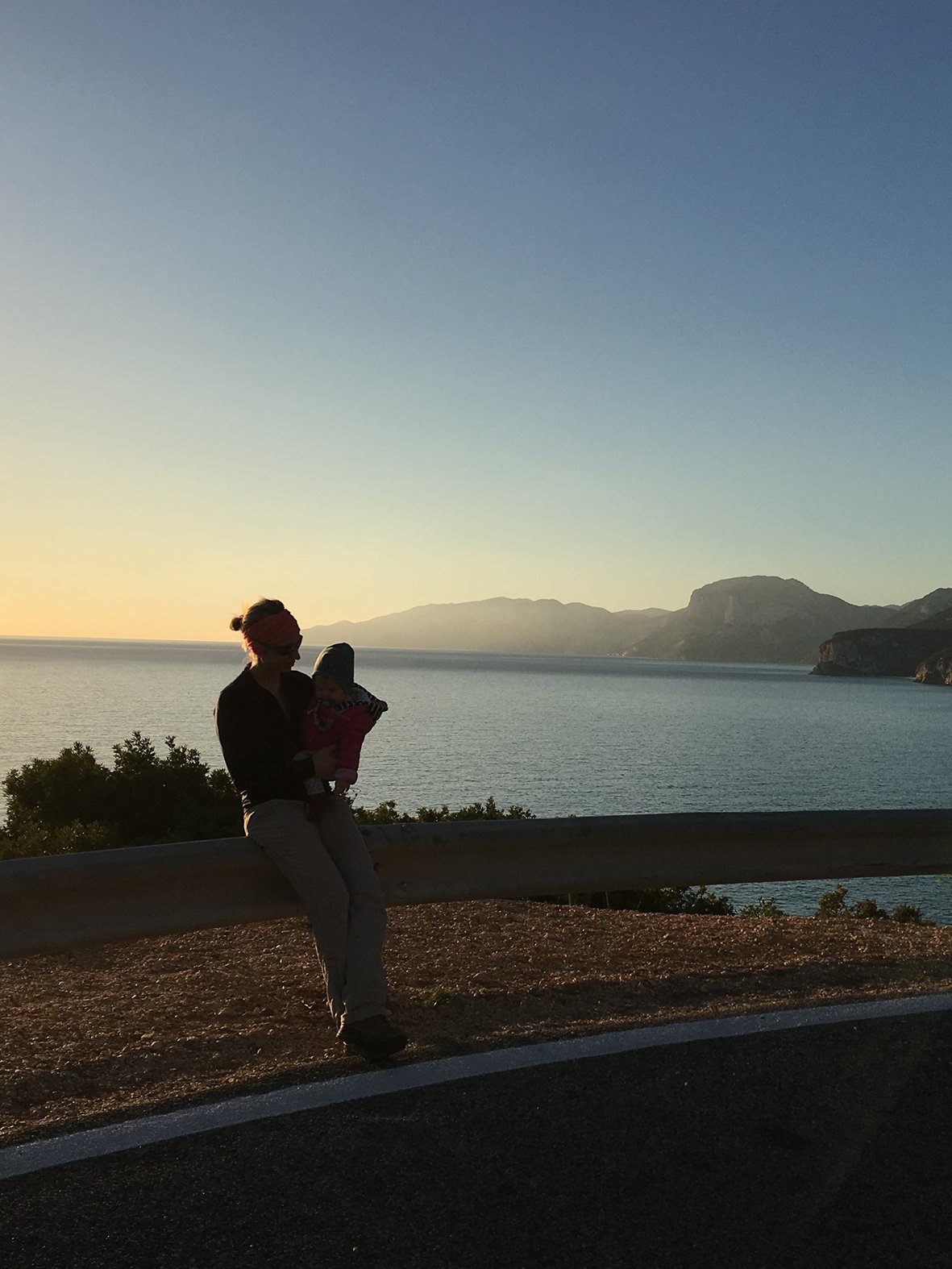 Here we show how maple syrup can be processed into different products without adding any other ingredients. Most of these delicious treats can be ordered online and are found in our points of sale. 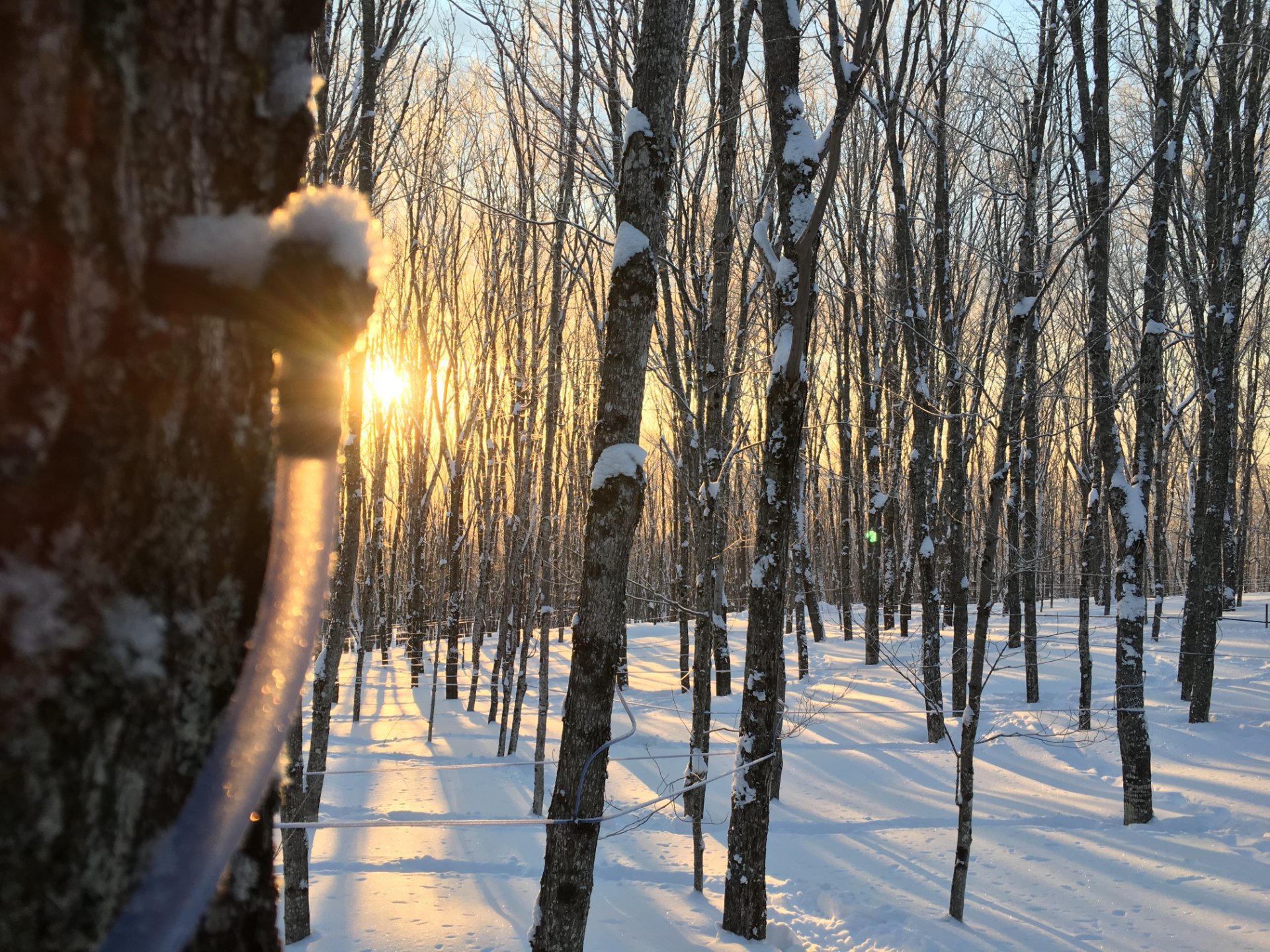 The first step is always to cook the maple syrup. The variety of products that you can make only with maple syrup comes down to how long, or more specifically, to what temperature the syrup is boiled to. These temperatures are established based on the boiling temperature of water. It is therefore first necessary to measure at which temperature water boils – this can vary from day to day – before starting to process maple syrup. 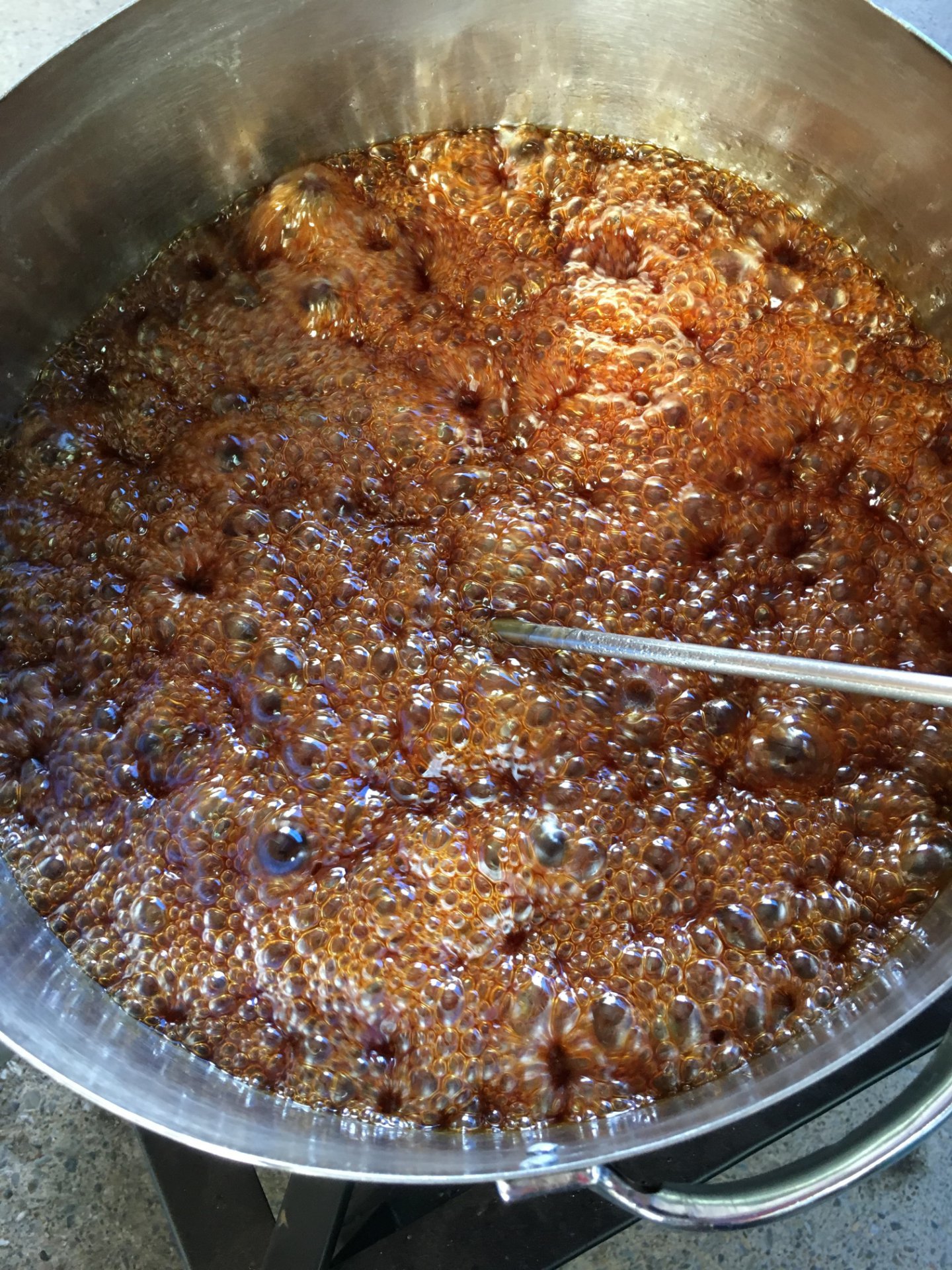 Like for cooking, how long to cool the boiled maple syrup for, depends on what product is being made. For example, when producing granulated sugar, the syrup needs to cool down to 82°C whereas for maple butter, it needs to cool down to 20°C. In addition, how fast the cooling occurs can have an impact on the final product. 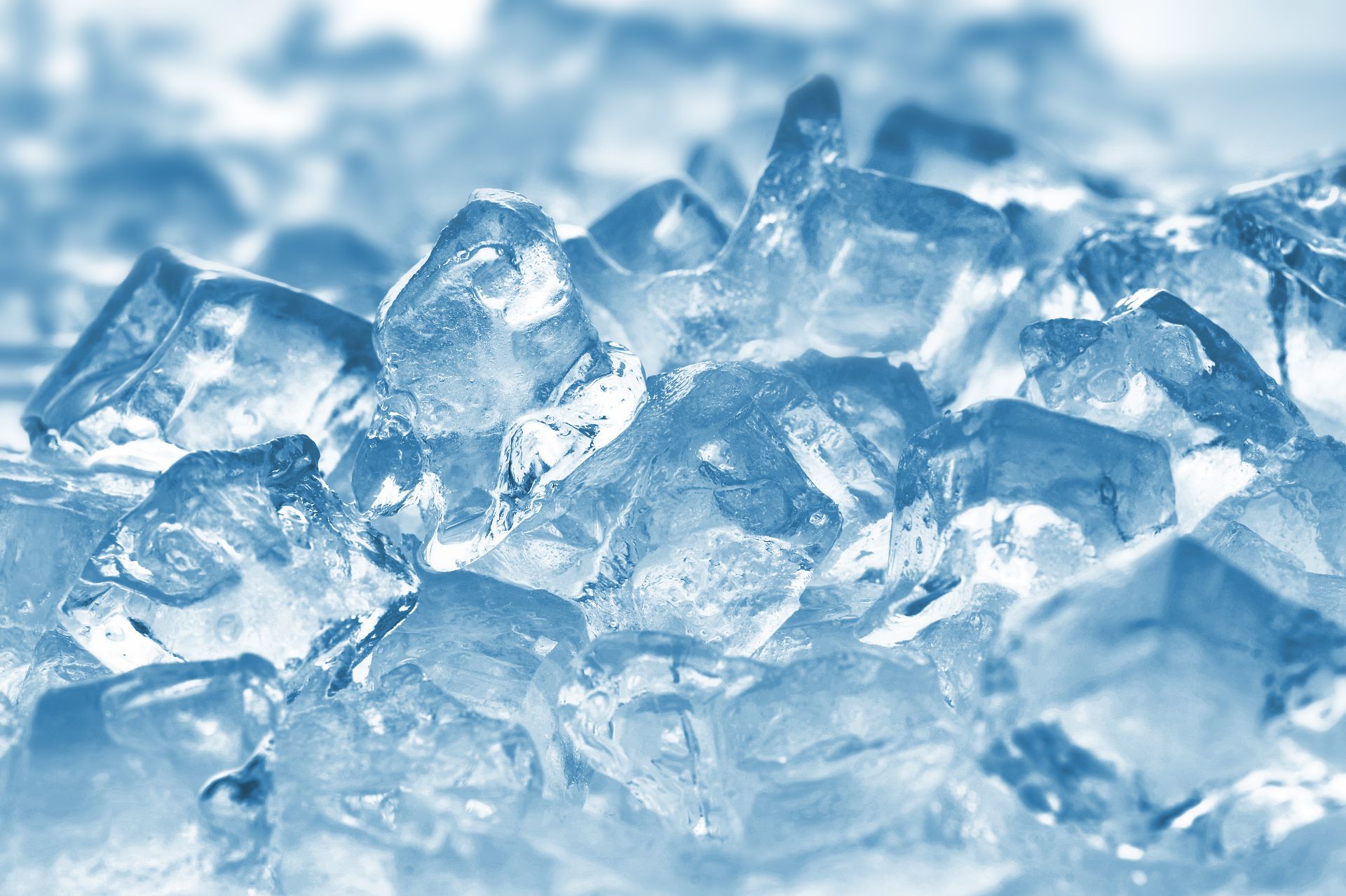 Finally, the boiled and cooled maple syrup needs to be churned. As for the other steps, this process demands patience and precision. In order to obtain the right texture and consistency, the best churning method must be found for each product. Too little or too much churning can quickly result in something a totally different product! 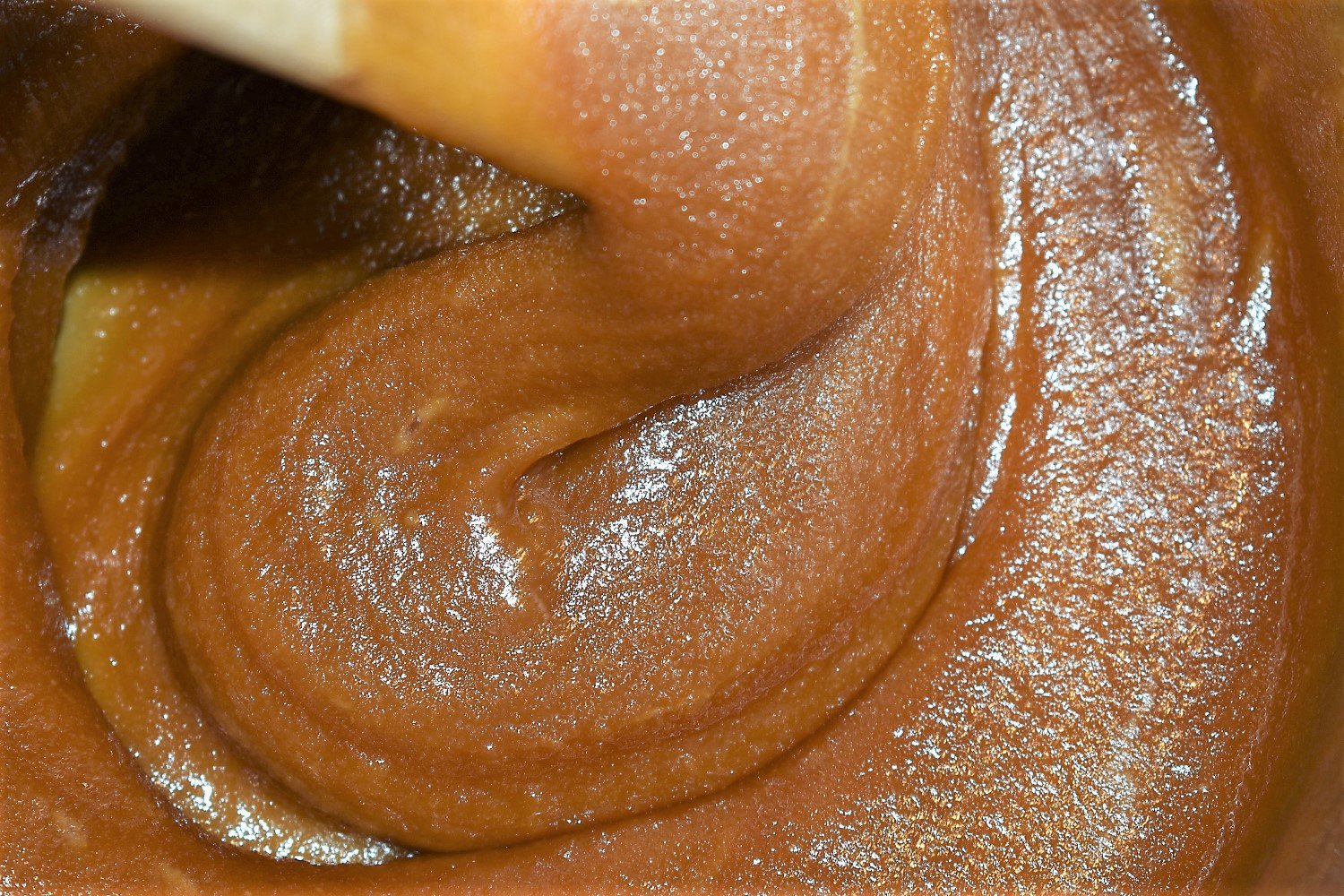